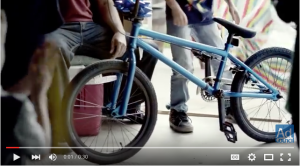 00:01- The advertisement begins with a birthday party and you can hear people talking and cheering on the gift. A boy starts to unwrap a gift and it is a bike. 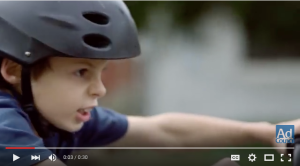 00:03- Next the boy rides his bike with his friends. He rides the bike with a lot of energy and excitement.

00:08- Then the advertisement goes to a different point in the boy’s life where he is delivering newspapers. 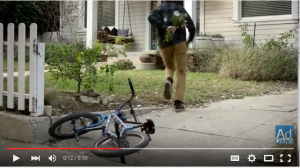 00:12- He rode his bike  and dropped it to the curb. He runs to a house with flowers behind his back supposedly to give to a girl. 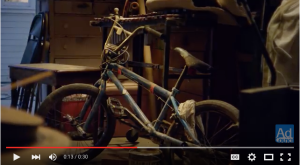 00:13- The bike is put to the side in the garage where the boy had once received it as a birthday present. In the background a car engine is heard, implying that the boy is grown up and has a car. 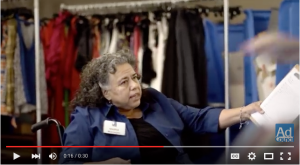 00:16- Now in a goodwill store a woman points to direct someone to put the bike somewhere.

00:24- He points at he bike excitedly to show he wants it. The voiceover says “Your stuff can be more powerful than you think.